On Saturday May 30, Ian and I participated in the second annual Craft Brew races in Stowe, VT. Not much can convince me to get up on a Saturday morning and run 3 miles, but that day I had some real motivation…beer!

The Stowe Craft Brew Races took place at the Stoweflake Resort on a hot (like 88 degrees hot), sunny day. For $55, participants got to register for the race as well as partake in the beer festival afterward. Everyone also received a Craft Brew Races medal, a pint glass, and some free snack samples.

This was our first experience with the Craft Brew Races, and here’s what we thought: 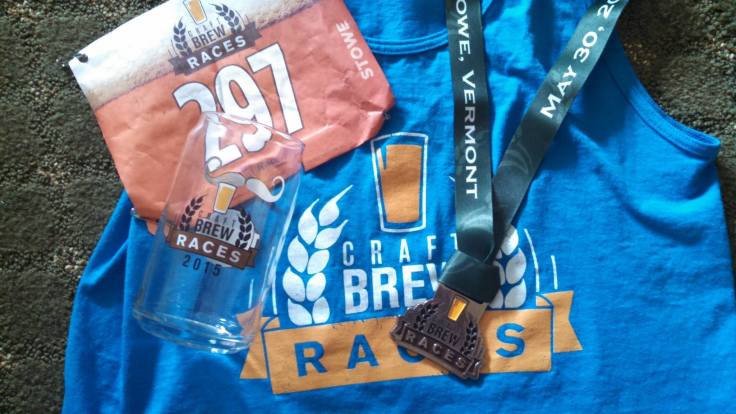 WOULD WE DO IT AGAIN?

I would definitely participate in the Craft Brew Races again. Overall impressions were that it was a relatively well-organized event, and it was a unique activity that allowed me to do one of my favorite things—drink beer! I would do a couple of things differently, but most of these are just learning from the experience of running in a real 5K, something I haven’t done in a long time.

My Tweets
Join 581 other subscribers